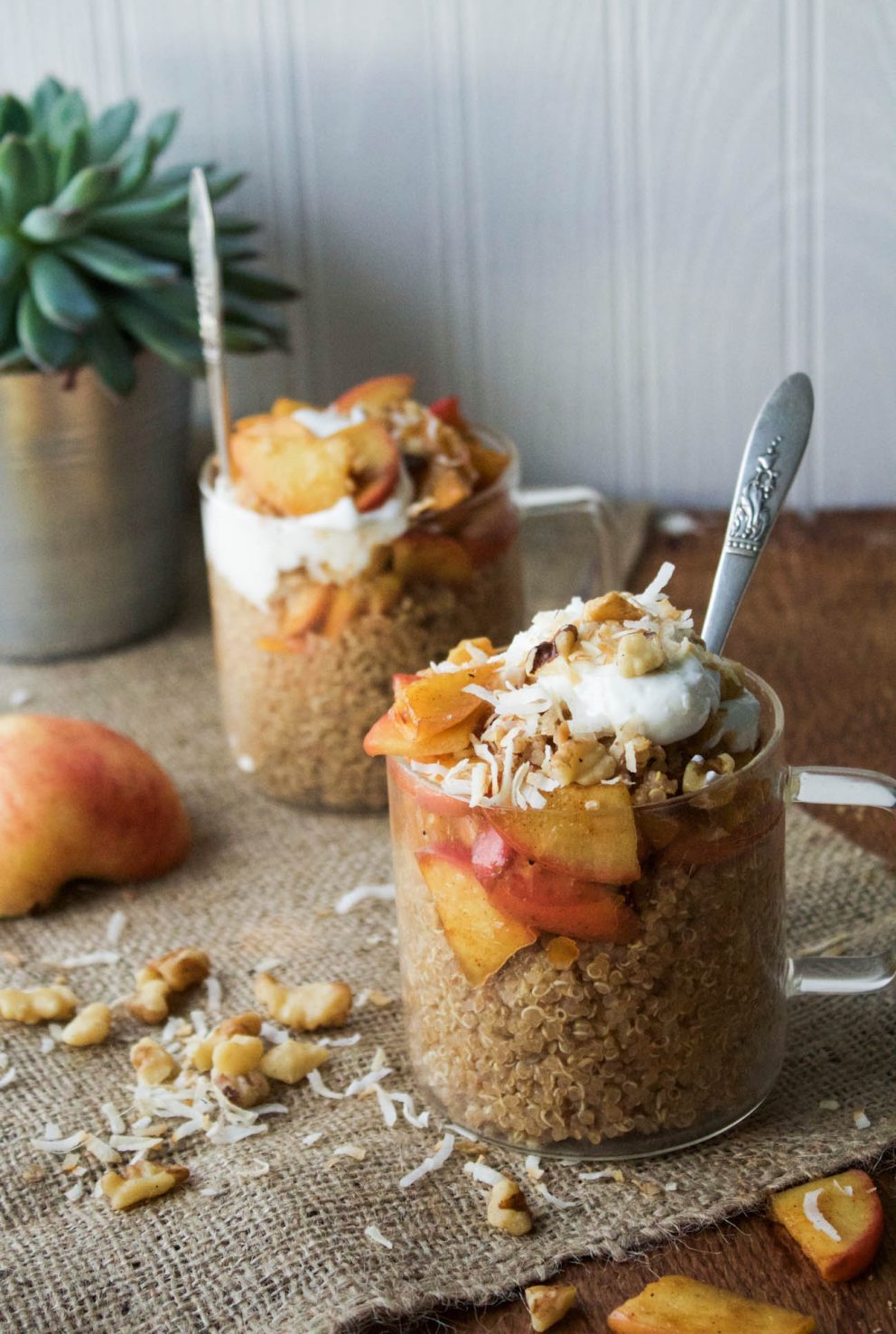 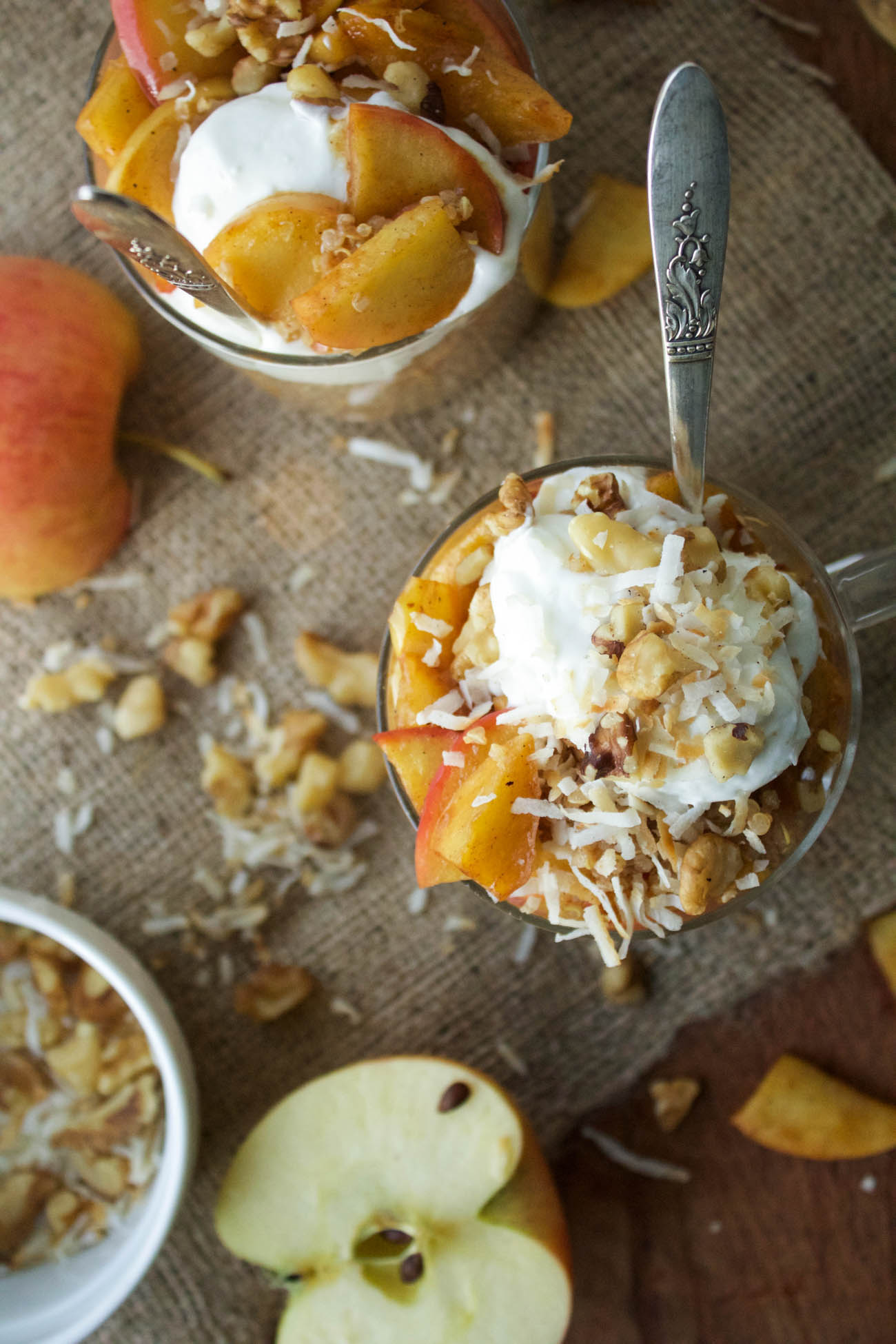 Don’t hate me but I just slid quinoa into your breakfast routine like it was no big deal.

Haveyouever had desolate containers of cooked quinoa lingering around in your fridge, just waiting for a creative exploit to unfold?

Last week an impromptu craving for apple pie at 7:55 before work led me to pull out all the stops to make make a grab and go breakfast that was not only indulgent but had some staying power.

Dolloped with some greek yogurt (coconut or cashew would work great too) and you’re basically breaking fast with a parfait. (Thank me later, right???)

Like most reasonable weekday breakfasts, this beauty takes less than 5 minutes to whip up, provided you have some quinoa laying around (or the foresight to make it ahead of time)

It is #pieseason after all. 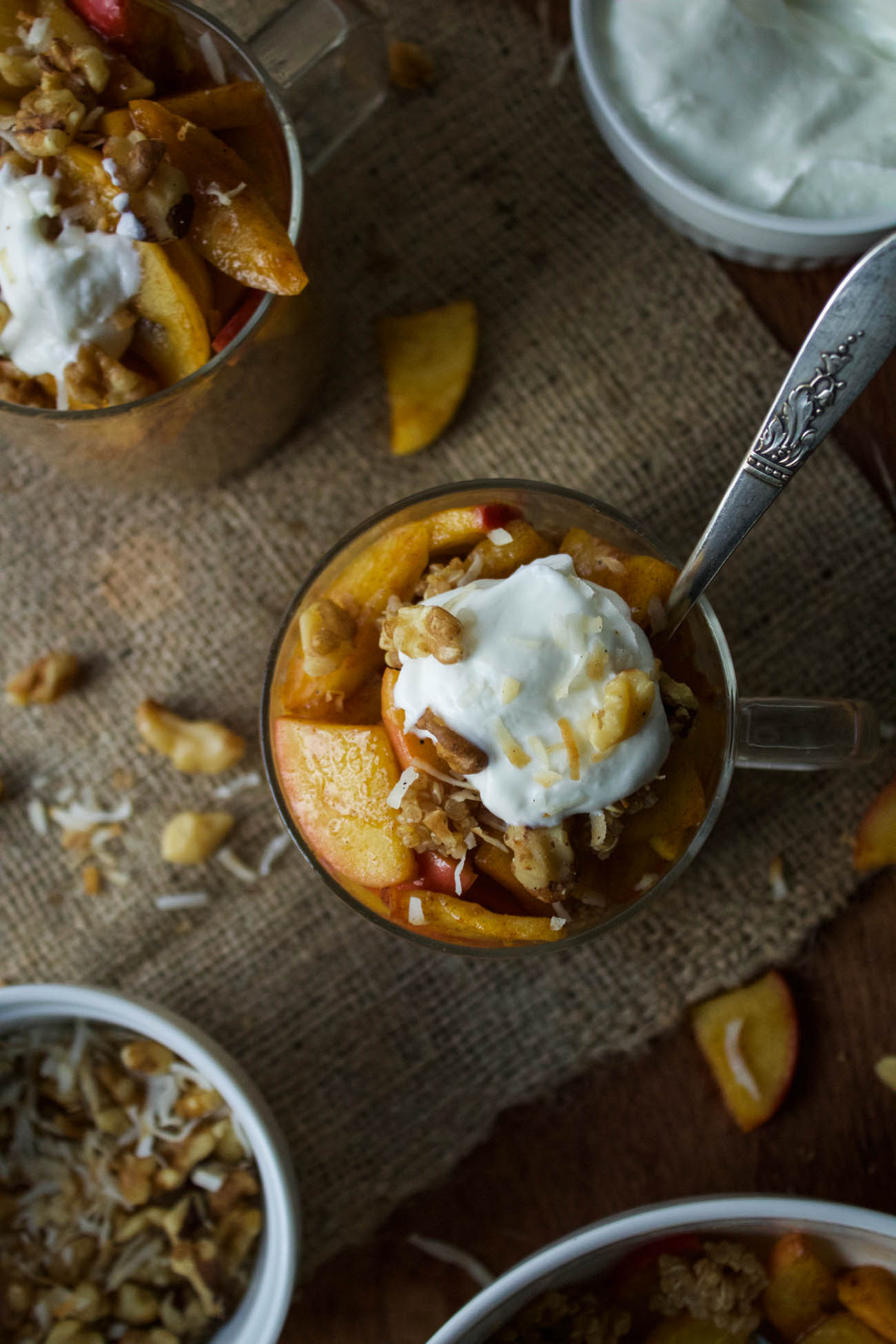