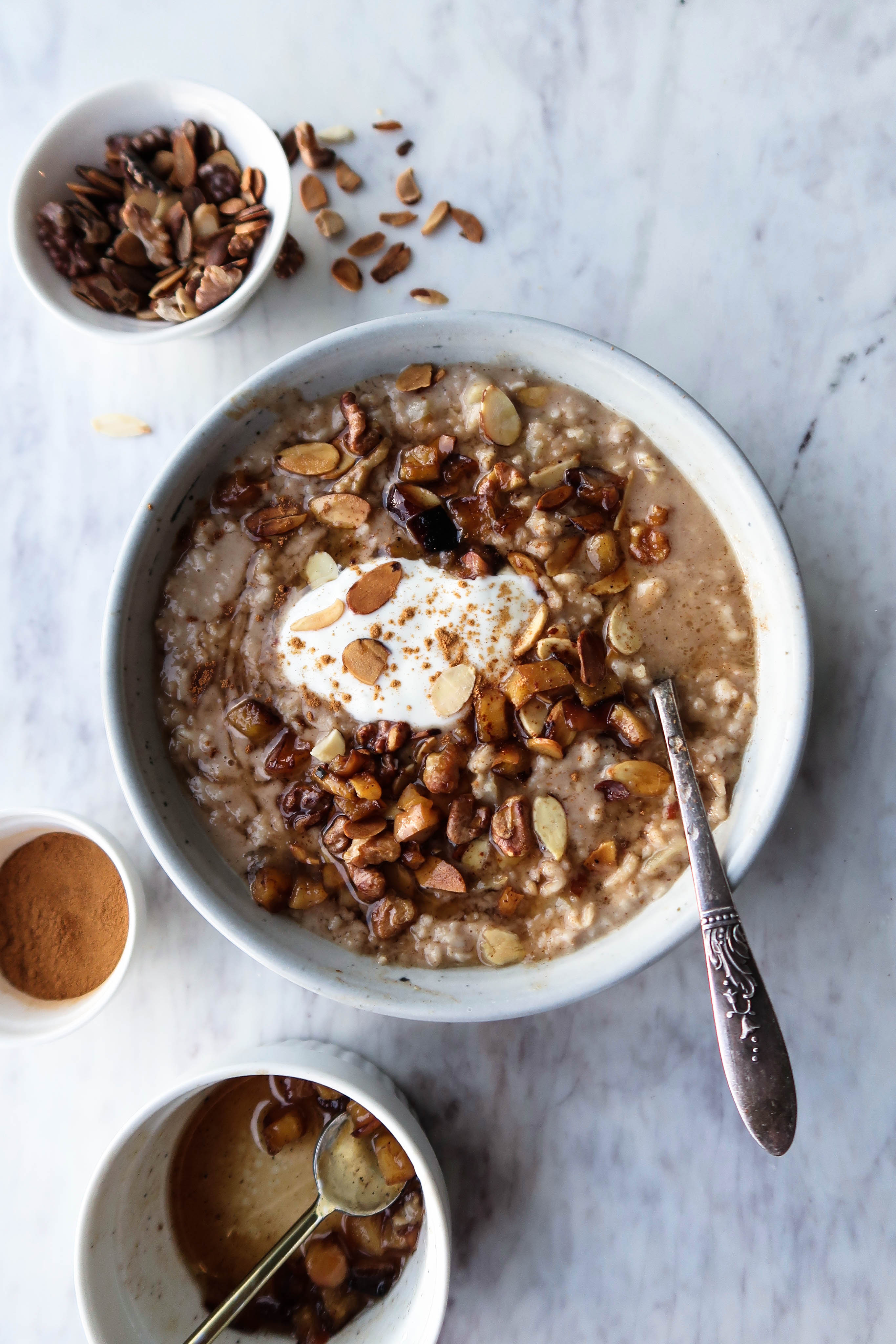 In stark contrast to 2016 Meredith, I rarely eat things just because they are healthy anymore.

Kale salad? Let’s put some parmesan cheese, garlic and lemon in there and make it a treat. Green smoothie? It better have my favourite Mega Matcha, some nut butter, and an overripe banana so it tastes like dessert.

To some of you, that may seem like an obvious thing to try to “enjoy” food as much as possible, but to chronic dieters or those with orthorexic tendencies, it can feel uneasy.

2016 Meredith had oatmeal every day – with a big ol’ scoop of vanilla protein powder and spirulina. It was awful. Tasted like grassy chalk. But I choked it down after morning workouts to “get enough protein and complex carbs”.

This is part of the reason why I don’t get overly excited about eating oats now. They remind me of the rigid eating patterns of my past and being bored with breakfast.

But hello! Here I come with an oatmeal recipe and it has BROWN BUTTER. If that isn’t unnecessary but also necessary flavour I don’t know what is.  But it’s still so nourishing and feel-good and most importantly delicious.

For little old oatmeal, the flavours are super complex with the nuttiness from toasted oats and browned butter, the creaminess from the almond milk and the zest from ginger, nutmeg and cinnamon.

It’s pretty damn fancy for oatmeal if you ask me. It’s the Sunday of oatmeals.

**To Make Vegan: Swap butter for a light tasting oil (such as coconut oil), and reduce by 1/2 in the first step. Or use Earth Balance or other butter sub.